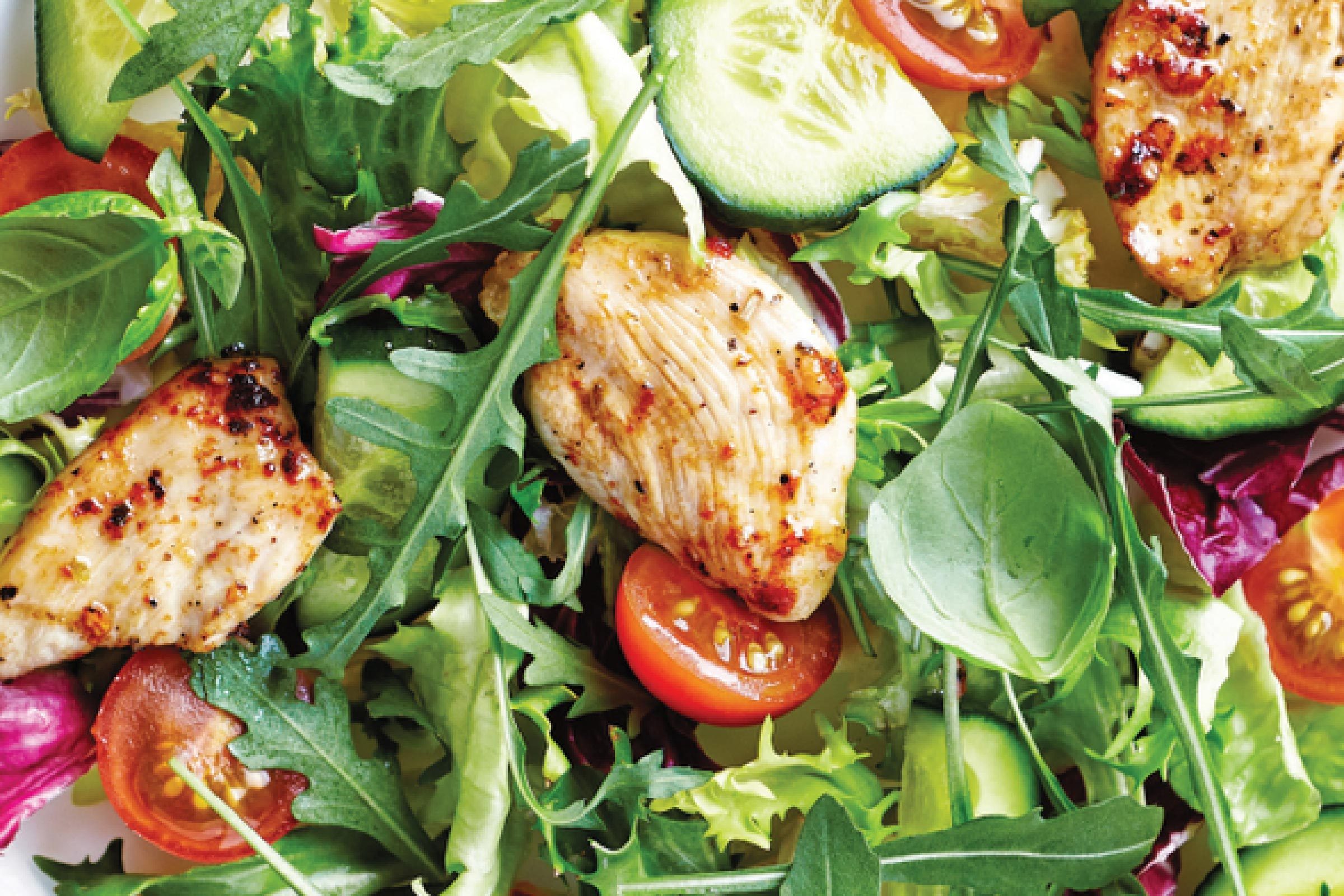 How to eat low-carb

Although you don’t have to go low-carb to lose weight, it is a popular choice thanks to the rise of the keto, Atkins, and paleo diets. Choosing to eat low-carb means limiting the number, and often the types, of carbohydrates you eat. Low-carb diets prioritize protein, healthy fats, non-starchy vegetables, and can help people lose weightif done properly. However, low-carb diets won’t work and could do more harm than good if you make the following mistakes. 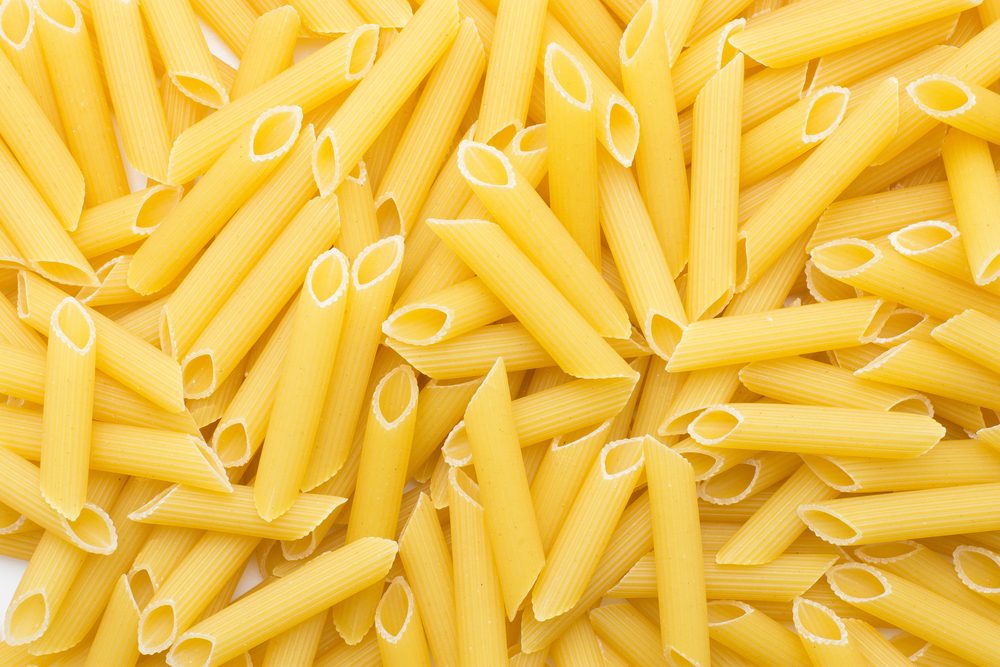 Cutting back on carb-rich foods typically means you’re eliminating some staples of your usual diet (bread, pasta, rice, cereal). This equates to eating less than you might normally, and therefore taking in fewer calories. In addition, protein and fat are more satisfying and filling than carbs, so you’ll feel less hungry.Combine feeling more full and eating less overall and you could end up not eating enough. Here’s how to determine how many calories you should eat for weight loss. Calculate the calories you’re taking in and make sure you aren’t going below 1200 calories. You don’t want to go into starvation mode and lose precious muscle massthat would slow down your metabolism, which would undermine your efforts.

In an effort to lose weight more quickly, you might layer a low-carb diet on top of a low-fat diet. That’s a big mistake. Not only will your diet be bland and boring, but you’ll struggle to eat enough calories. You need fat as an alternative energy source for the carbs you’re skipping. In other words, don’t cut out even more foods or nutrients. (Plus, know the signs that you actually need more carbs in your diet.) 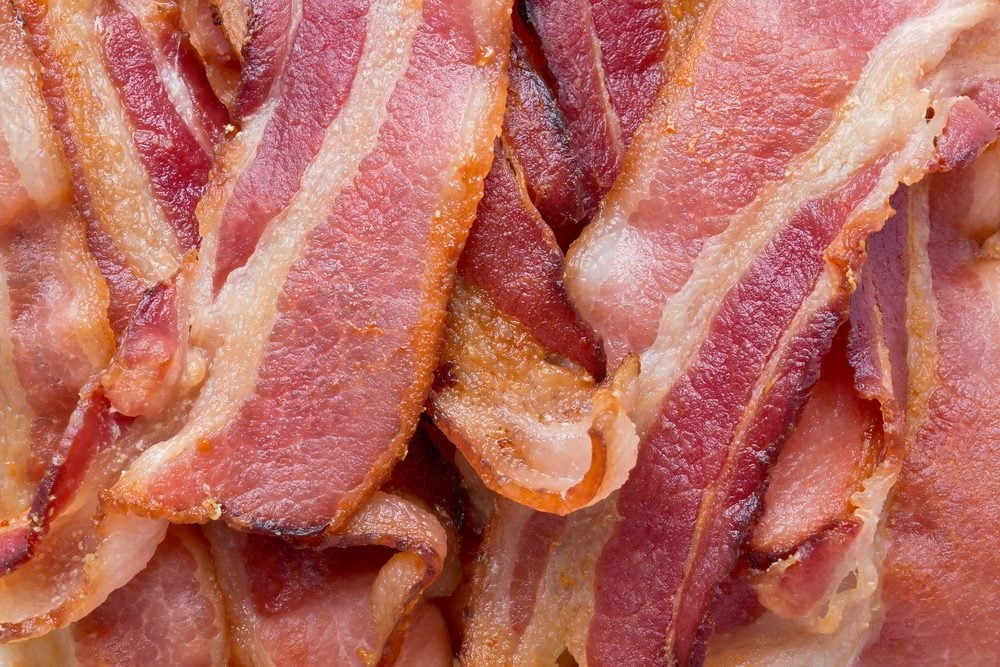 Eating too much unhealthy fat

All the bacon, sausage, cream, lard, butter, and cheese you could ever want? If that’s your idea of a healthy low-carb diet, it might sound too good to be truebecause it is. While you are technically allowed to enjoy all of these foods that are packed with unhealthy saturated fat, you don’t want to make them the backbone of your diet. You won’t lose weight and keep it off in the long run by eating blocks of cheese and bacon all day long.Use these foods judiciously as flavour enhancers, but make sure you’re emphasizing heart-healthy fats from foods such as oily fish, avocados, olive oil, chia seeds, and macadamia nuts. When researchers analyzed studies on heart health, they found that swapping out some saturated fats for unsaturated fats can lower the risk of heart attack by 14 percent.

Eating too much processed meat

Processed meats include deli meats, bacon, sausage, and hot dogs. These treats often contain nitrates and nitritespreservatives that are linked to a higher risk of stomach cancer. Focus on eating minimally-processed meats like fresh chicken, fish, and beef; however, when you do want processed meat, look for versions that are free of nitrates and nitrites. Whatever plan you’re on, sticking to fresh, unprocessed foodsas close to their natural state as possiblewill be healthier. 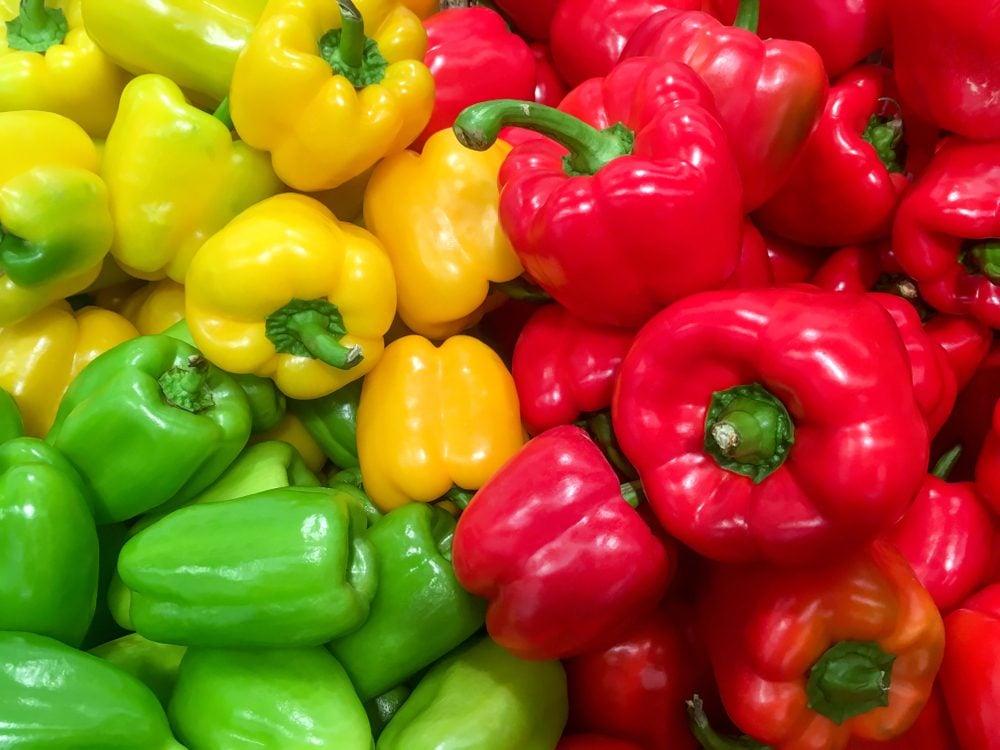 Non-starchy vegetables (spinach, mushrooms, peppers, kale, asparagus) should be the foundation of every diet, including low-carb diets. They’re packed with fibre, vitamins and minerals, as well as disease-fighting and anti-aging antioxidants and phytochemicals.I love throwing some spinach and tomatoes into scrambled eggs, adding onion, mushrooms and green and red peppers to ground meat, and having a large salad with a variety of colourful vegetables at least once a day. Vegetables can be great substitutes for higher-carb grains. Try subbing in zucchini noodles for pasta in your recipes or cauliflower instead of rice or mashed potatoes.

Eating the same meals over and over

Chicken and salad. Repeat 200 times. Blah. No wonder you got bored with your low-carb diet and can never look at a chicken salad again. One of the keys to success is keeping meals interesting. Get creative in the kitchen and try some new recipes. Some of my favourite low-carb recipes are my Eggplant Lasagna and Thai Coconut Red Curry Chicken. Or, try these low-carb vegetarian recipes. 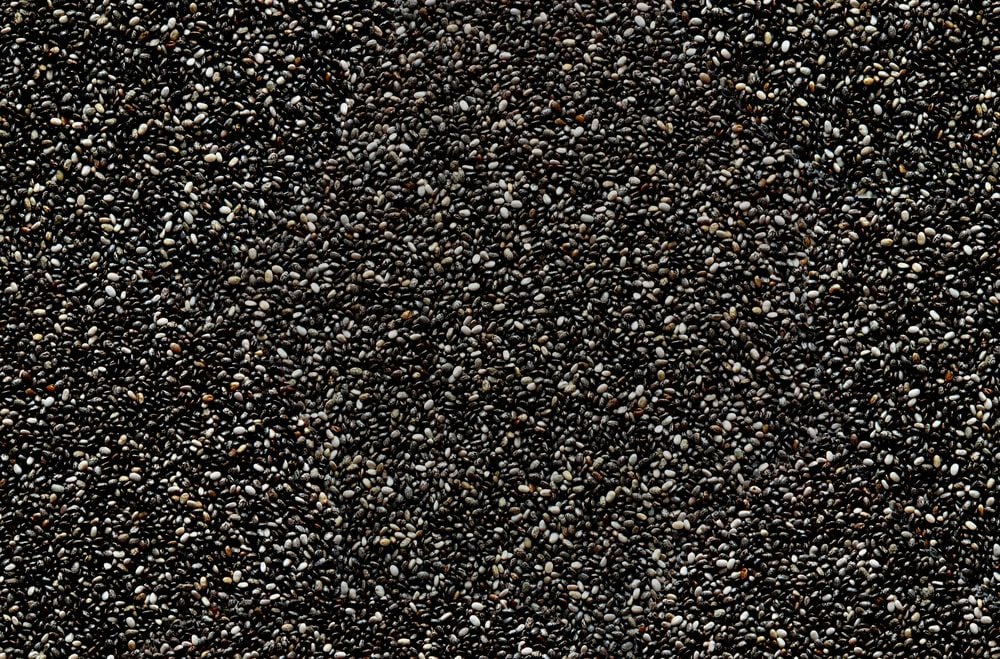 Limiting your total carbs instead of your net carbs could be causing you to eliminate some healthy, satisfying foods. Net carbs are the total carbs in a food minus the fibre. Looking at carbs this way helps you pinpoint the carbs that can raise your blood sugar. And while two tablespoons of chia seeds have 10 grams of carbsmaking them seem like a higher carb optionall of the seed’s carbohydrates are actually in the form of fibre. This is why chia seeds are a great choice for people on a low-carb diet. (Enjoy this sweet and simple chia pudding for breakfast.)

Not getting enough fibre

When you’re focusing on protein and fat, you can miss out on fibre. According to Health Canada, women need 25 grams and men need 38 grams of fibre a day. Try to eat a variety of vegetables and be sure to include fibre-rich options such as asparagus, bok choy, broccoli, Brussels sprouts, and artichokes.Including seeds such as chia, hemp, and flax in your diet can also help boost your fibre intake.If you’d rather take a fibre supplement,talk to your doctor first to make sure it won’t interact with any medications or supplements you’re already taking. 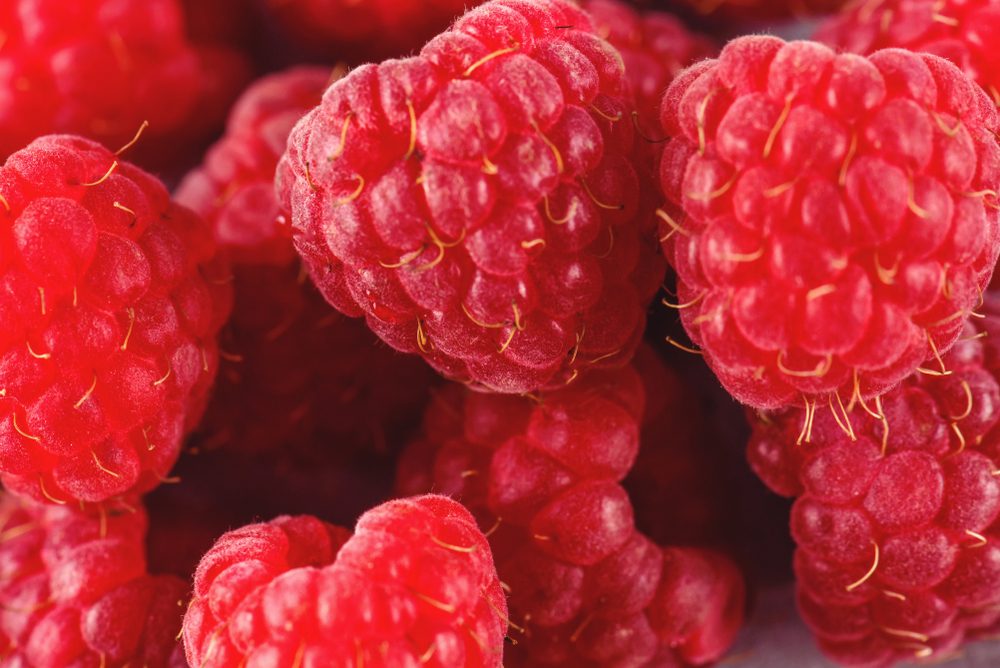 You’re determined to succeed, so you eliminate all carbsand now you feel weak and exhausted. If you feel lousy after a couple of weeks on your new low-carb plan, it could be a sign you cut too many carbs. Some low-carb diets allow 20 grams of carbohydrates a day; others let you eat double that or more. Try increasing your carb intake by eating nutrient-dense foods that contain carbs such as berries. Some people do better with small amounts of starchy vegetables such as sweet potato, squash, corn, or peasespecially if you’re quite active. I’ve seen many clients succeed at weight loss by reducing carbs and focusing on nutrient-dense carbs rather than cutting out carbs completely. (Here’s what you need to know about the Whole30 diet.)

You’ve loaded up on low-carb bread and cereal and you’re wondering why your weight loss has stalled. Even if a food says it’s a lower carb option on the package, you still need to look at the nutrition facts. The food could be lower than the typical version, but still have more carbs than you want. Don’t believe any blanket statements or claims that are on the front of the package or on a restaurant menu. 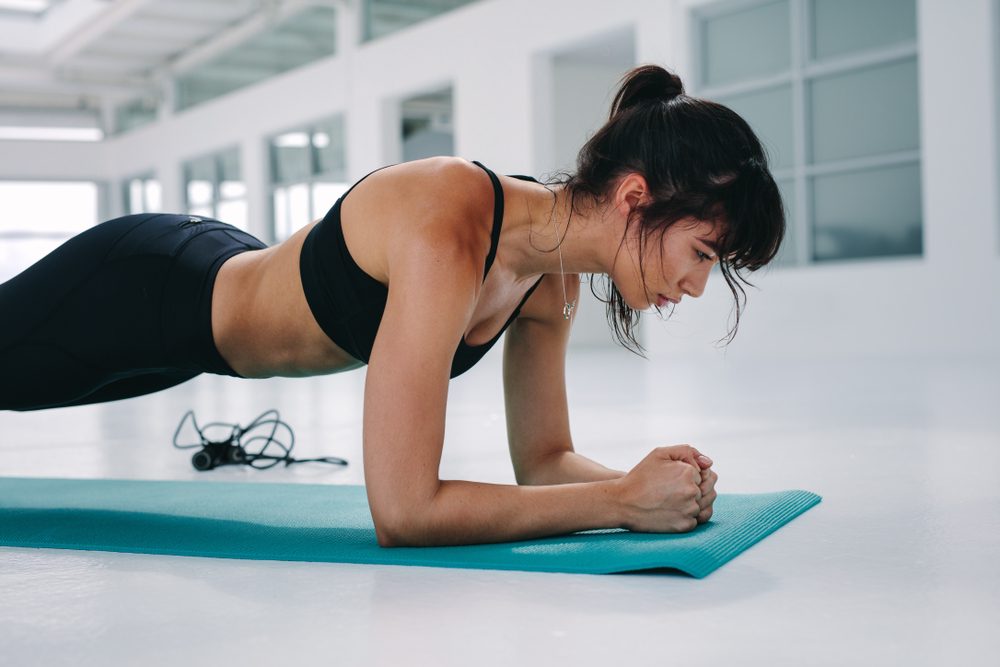 As your body adapts in the first week or two of your low-carb diet, you probably feel weaker, have lower energy, and even feel light-headed. It’s not a good time to go on a cycling trip or try a Crossfit class. It takes time for your body to switch over to using fat as a fuel source rather than primarily carbohydrates. Make sure you’re getting enough rest and do lighter exercises such as walking or yoga until you start feeling more energized. (These are the top-rated yoga mats on Amazon.)

Eating too many calories

Although it’s easy to eat too little on a low-carb diet, overeating can occur as well. Many low-carb foods are also calorie-dense and easy to snack on. Nuts and cheese are the most common culprits. For example, a cup of macadamia nuts is 962 calories, leaving little room in your day for other foods and nutrients. A cup of shredded cheddar cheese has 460 caloriesand you can easily add that much when sprinkling it over your eggs, vegetables, and pizza. Think of these foods as toppings to add flavour and nutrients to your meals and snacks rather than foods you can eat by the bowlful. 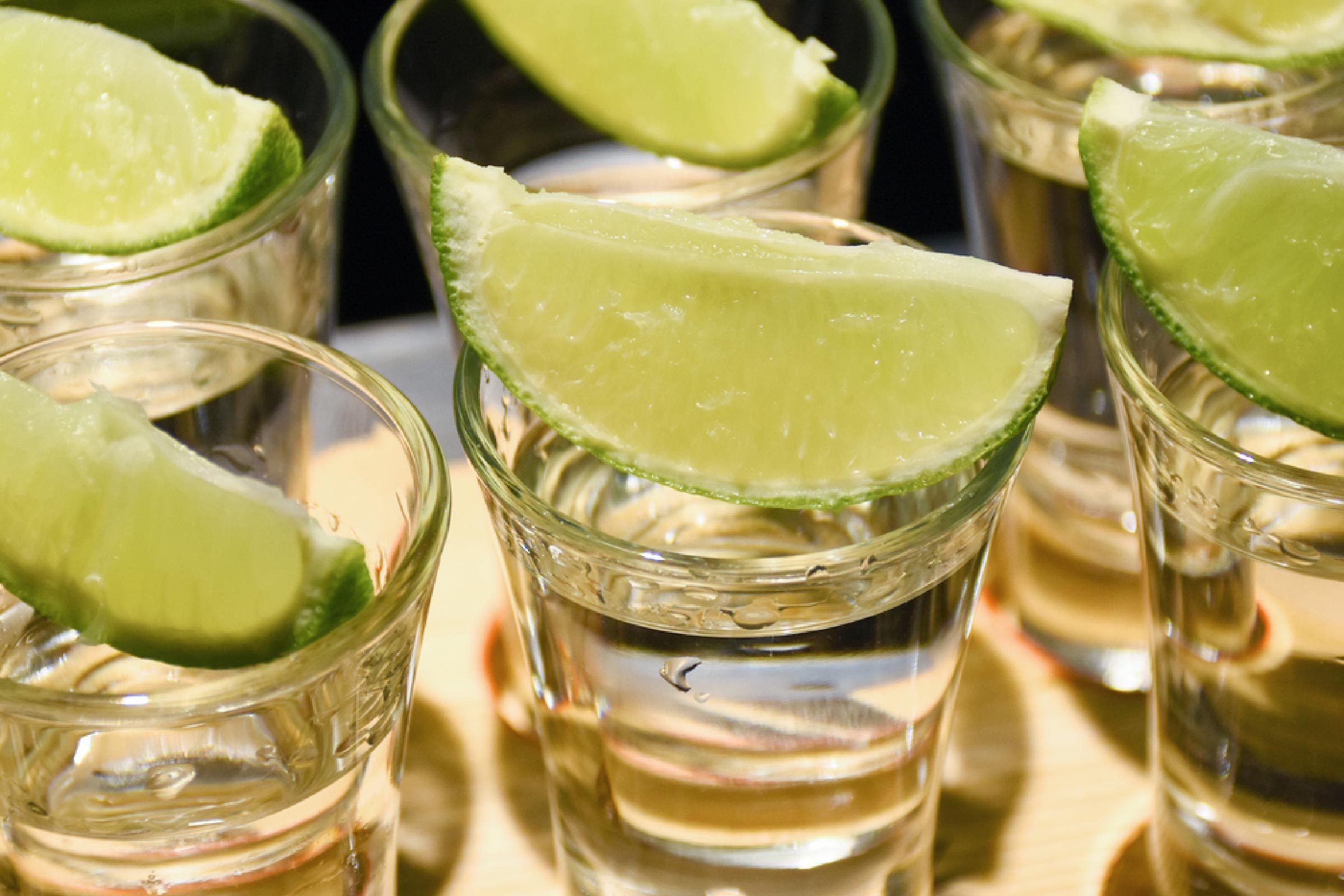 There are some types of alcohol that are lower in carbs, such as vodka and tequila. But while you can have some alcohol on a low-carb diet, be aware that it will slow down your weight loss. Alcohol not only adds empty calories (zero nutrition), it also gets processed by your body ahead of other calories. Hormones and blood sugar levels can get thrown off, and alcohol can negatively impact your sleep. Beyond that, alcohol famously lowers inhibitions, so it could lead to you going off your diet or eating more than you planned. If your weight loss has stalled, take a look at your booze intake.

Not getting enough sodium

You’re used to hearing that you need to cut down on salt, so why is not getting enough a concern? When your body starts burning fat as fuel instead of carbohydrates, your kidneys will dump more water and sodium. That means you’ll look less bloatedand if you had high blood pressure, it could come down a bit. But sometimes you lose too much sodium and you’ll end up feeling dizzy and fatigued.Talk to your doctor if you’ve been told to limit sodium. If you get the green light, try adding some salt to your cooking, as well as having some broth each day. Make sure you drink plenty of water to stay hydrated.Next, learn the best diets for women over 40.