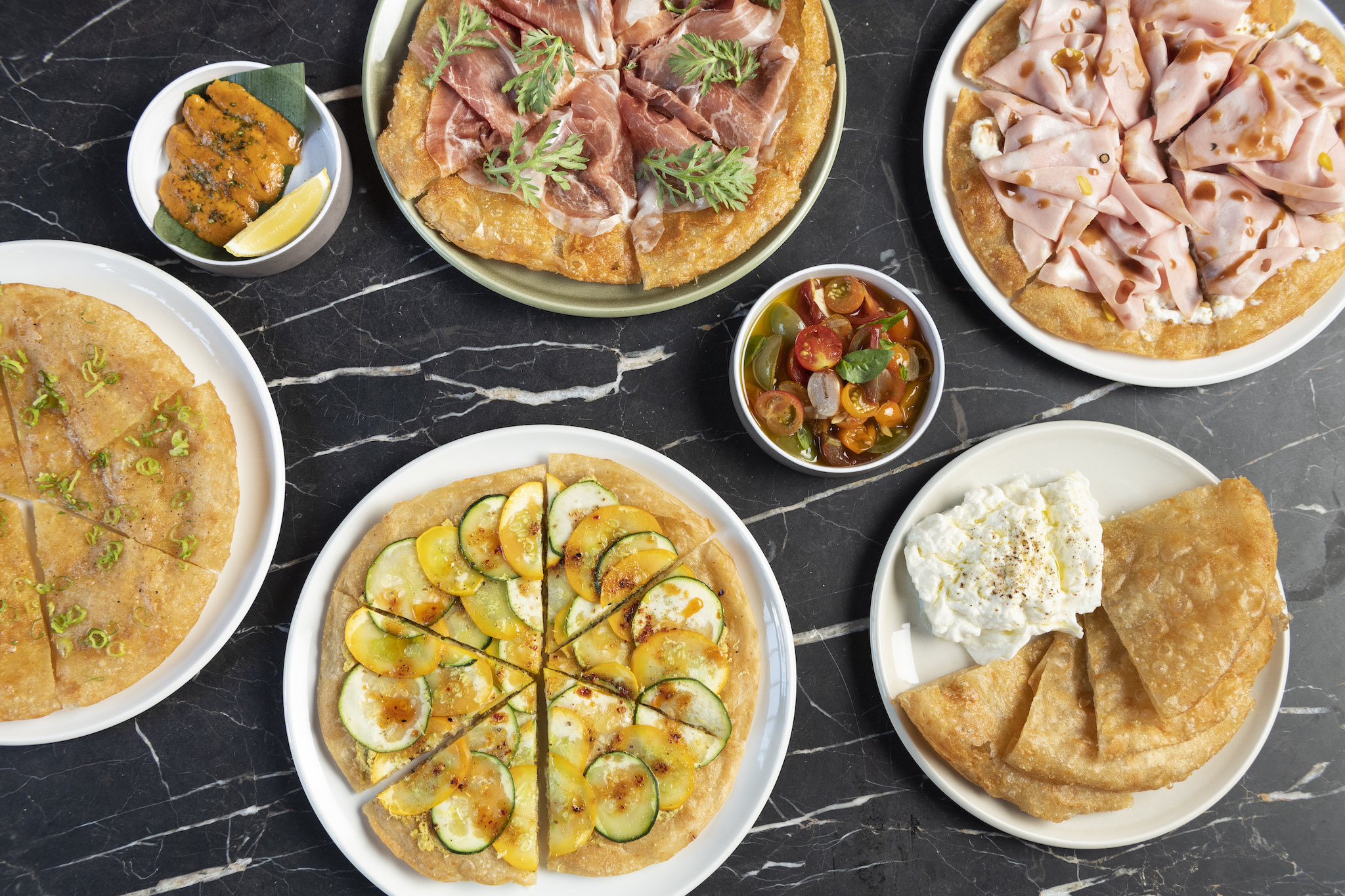 In an unpredictable year for the entire hospitality industry, even opening a restaurant feels monumental.

When Kimika opens in Nolita on August 18th, expect more of the unexpected. Yes, there’s outdoor dining only for the time being. But the food is Italian-Japanese, and it’s an all-female team of industry vets leading the kitchen.

Originally, Erika Chou—the co-founder and creative director behind Rivers and Hills Hospitality Group, which also runs the wildly popular Thai spot Wayla—planned to open the restaurant this spring. But the current crisis hit and put a halt to the opening plans.

“At this point, with things getting so much better in New York City, we decided to go for it,” says Chou. “Life needs to go forward. Things are happening in New York, and we can be creative in safe ways.”

Chou, who spent time in Japan last year, named the restaurant after a Japanese friend. Kimika’s Itameshi menu—a mashup of “Italian” and “meshi,” Japanese slang for meal—is rare in New York. (Basta Pasta near Union Square is a longtime favorite of diners seeking dishes like pasta topped with fish roe.)

But Kimika’s theme also plays off its location with Chinatown, Little Italy and a few well-regarded Japanese restaurants, such as Ramen Lab and Cocoron, surrounding the space, which is next door to The Nolitan Hotel. For now, white marble tables with yellow wicker chairs are surrounded by plants for al fresco dining; some tables are covered in case of rain.

The executive chef, Christine Lau, brings experience in cooking both types of cuisines. In New York, she last cooked at Bar Chuko Izakaya from 2014-1016, which was full of Morimoto alums. Her 15-year career also includes cooking at Scott Conant’s Alto (his pomodoro spaghetti is one of the city’s most beloved pasta dishes) and at Centovini alongside Patti Jackson.

“Italian food at its soul is about respecting the ingredients. It's about seasonality,” says Lau. “It mimics how the Italian and Japanese eat. We think of Japanese food as being opulent but that comes from its simplicity.”

At Kimika, Lau says the Italian-Japanese menu isn’t about a set of fusion recipes where each dish has to nod equally to the two countries. One of her favorite dishes is the soy butter bigoli, which combines thick spaghetti-like pasta doused in butter emulsified with soy sauce and then topped with three types of chives, marinated tomatoes and a fried shallot gremolata. There's also the crispy flatbreads, which look like a perfect cross between scallion pancakes and pizza.

“We’re not reinventing the wheel, but we wanted to put a modern touch,” Lau says.

For desserts, pastry chef Clarice Lam (who has her own baking delivery business The Baking Bean and worked at Thomas Keller’s Bouchon Bakery) created a menu that includes watermelon kakigori, Yakult soft serve (a play on the popular sweetened probiotic milk beverage that is fermented) and mochi bomboloni.

“I've always respected Erika and am excited to work with her,” says Lau. “I helped bring in Clarice because I wanted to be surrounded by other strong women. I wanted to lay that foundation. It’s very important. We can only support each other. It’s the same as being an immigrant. We have to support each other.”

Greg Kong, formerly of Patent Pending, is the head bartender whipping up seasonal cocktails to complement the food menu. There are sections for small plates, pizzette fritte (crispy flatbreads), pastas and mains. Here’s a sampling:

Assorted Grissini, three types of breadsticks made with aonori, wakame and nori

Most popular on Time Out

- 20 notable NYC restaurants and bars that have now permanently closed
- The 13 best waterfront restaurants in NYC
- You can now book a roomette on Amtrak and bring a friend for free
- Most NYC subway stations now have OMNY scanners to replace MetroCards
- When is the first day of school? Here’s what NYC parents need to know