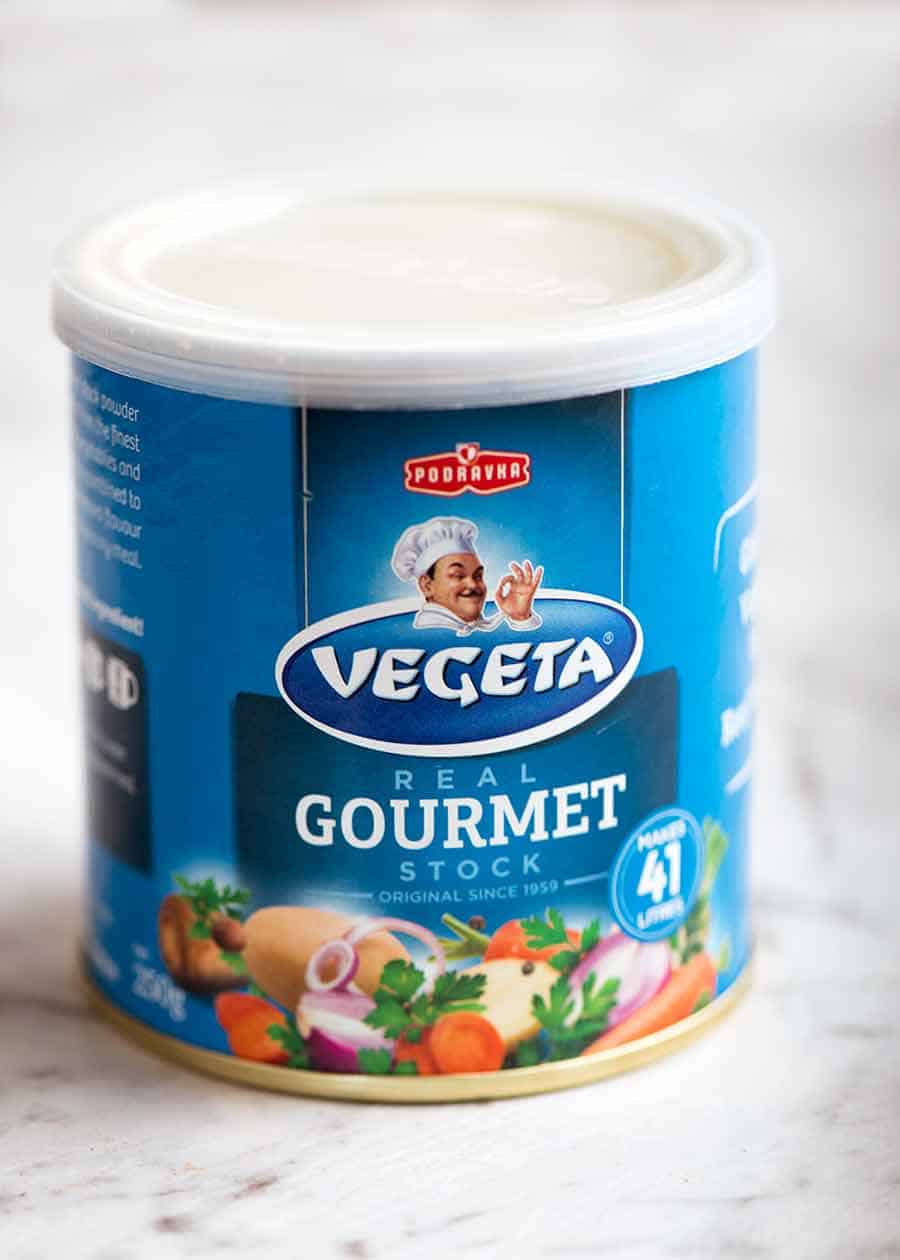 Vegeta is a stock powder / seasoning is a secret ingredient used in some of my signature recipes. Its widely available in everyday grocery stores, but I regularly receive reader questions about it. So I decided it would make much more sense to write a brief post about it, answering the common questions!

Vegeta is a European vegetable based seasoningthats used to add flavour into soups, sauces and stews, or to make liquid stock/broth by adding water. Think of it as salt but with flavour!

Whatever the various labels on the cans and jars, the one thing that remains consistent is the distinct blue label!

There are other vegetable stock powder brands but Vegeta is my favourite for flavour, and also because you get little green bits in soup it justlooks right! 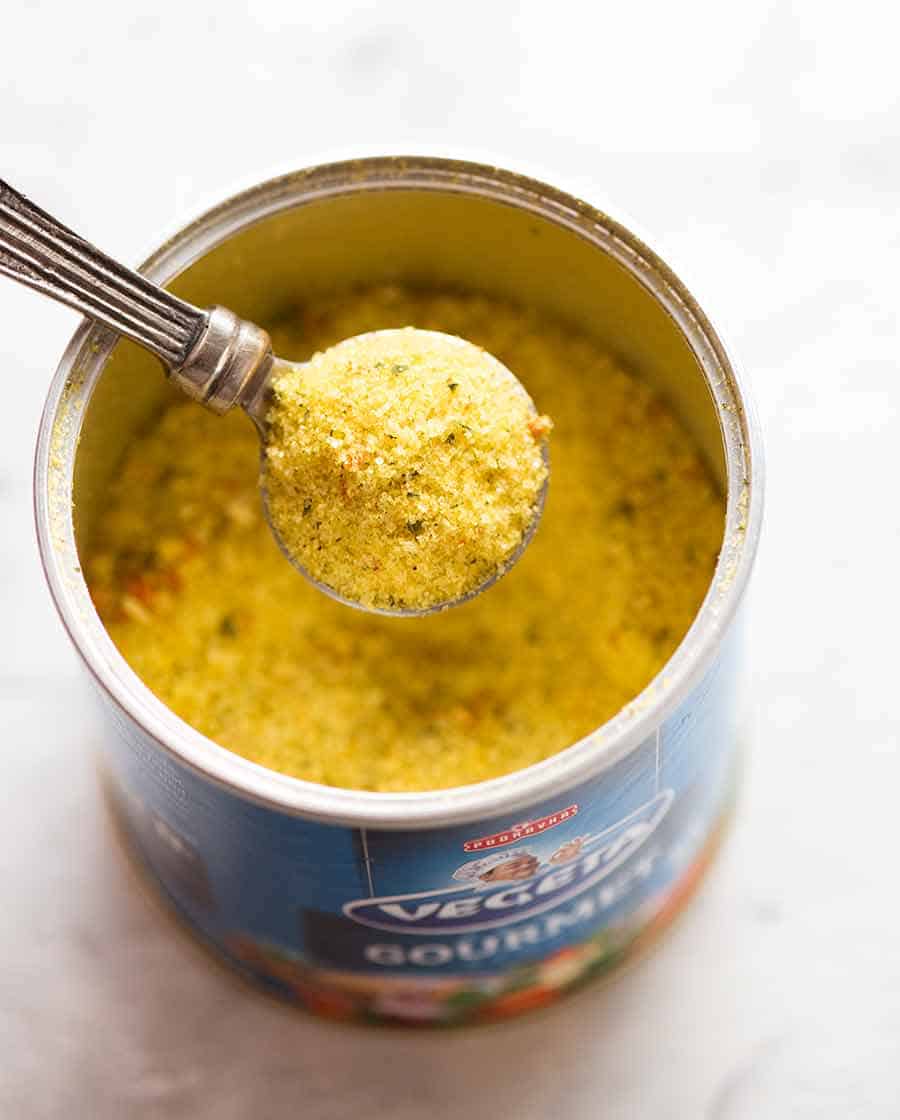 How do you use it?

Think of it as salt but with flavour! Except unlike salt, it needs to be cooked in some form, as opposed to sprinkled raw onto things like you can with table salt. I use it as follows:

I typically use it to give sauces and broths a flavour boost when its avegetarian or chicken dish. I typically dont use it for beef, pork, seafood or lamb dishes which I think typically suit stronger or more delicate flavour profiles.

Where to buy it

Sold in the herb and spice section of everyday grocery stores, no more expensive than other stock powders and granulated bouillons!

Links to online sources (these are not affiliate links): Woolworths Australia, Amazon US, Amazon Australia.

Vegeta contains MSG which is a food additive, and in years gone by, there has been a misconception that MSG is bad for you.

However, studies by government authorities, including the Food Standards of Australia and New Zealand, have scientifically proven this to bemisconceptions.

MSG is one of the most extensively researched food additives and studies show that MSG does not contain anything that is specifically harmful to you. However, there are people who are sensitive to it. But its no different to people with allergies to other foods, such as peanuts.

Here is some more information on this topic from the Food Authority of NSW, Australia, and here is the study from the Food Standards of Australia and New Zealand.

Some of my signature recipes loved by many readers around the world specifically calls for Vegeta. Here are few examples: 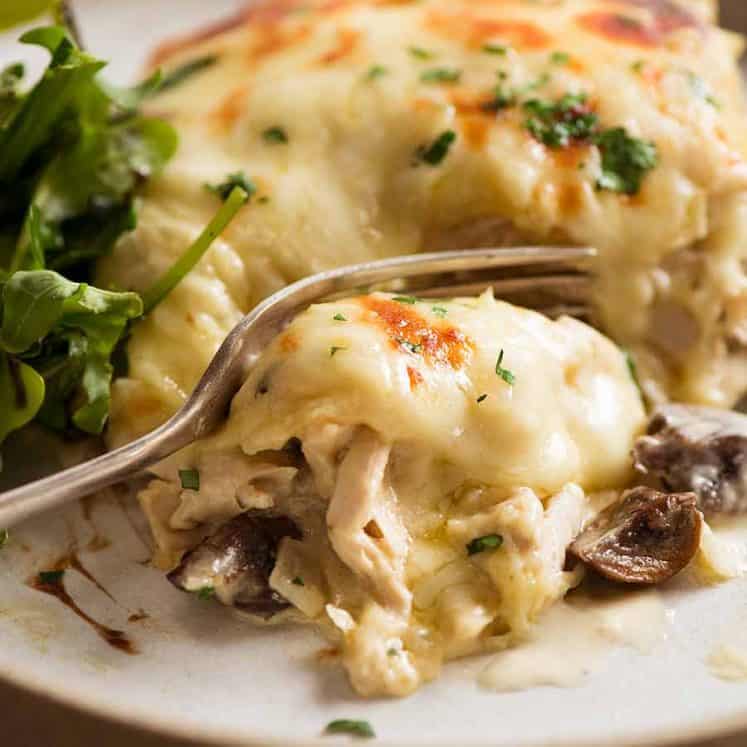 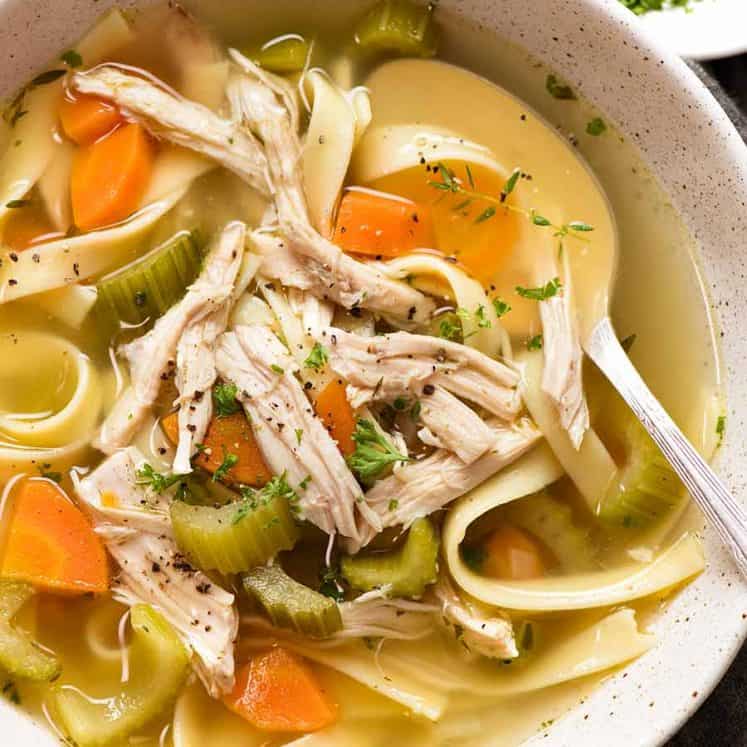 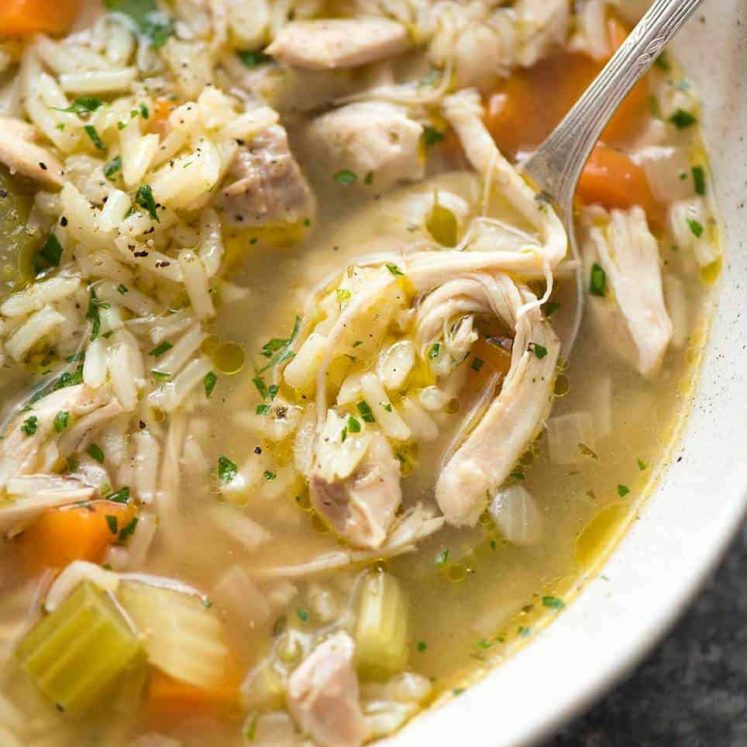 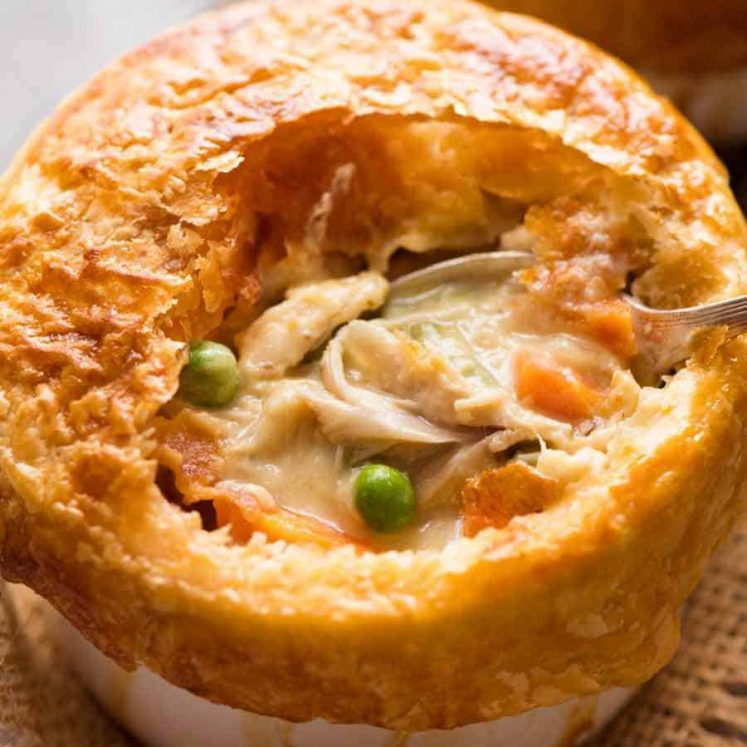 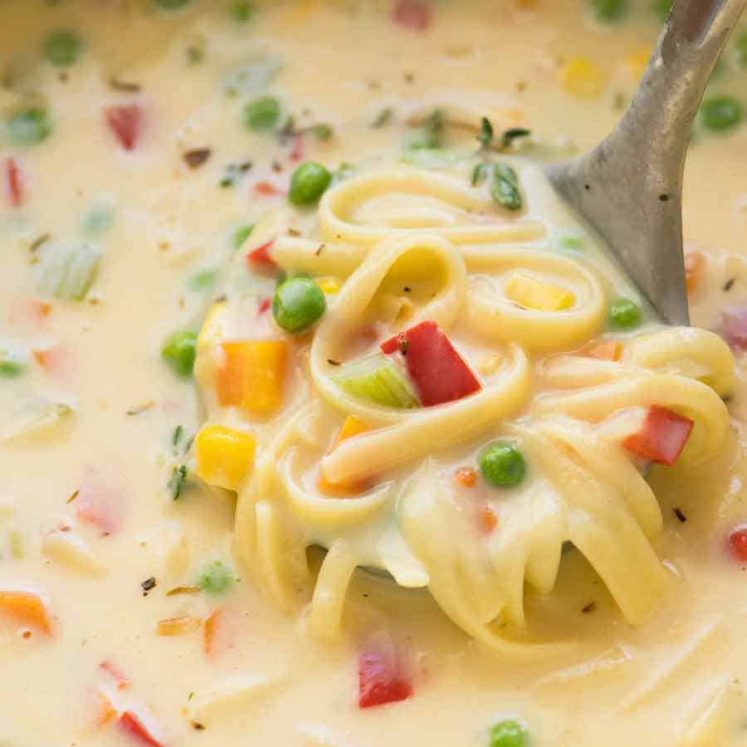 And now, lets cook on with Vegeta! Nagi x